Back in Time with Beatriz Williams

My “writer’s bells” went off

Starts with “crumbs” of ideas

If not doing book tours and getting otherwise sidetracked, it takes her 2-3 months to write a book.

Her writing environment is “chaotic.”

She has family trees on her website that grow as she adds more books. 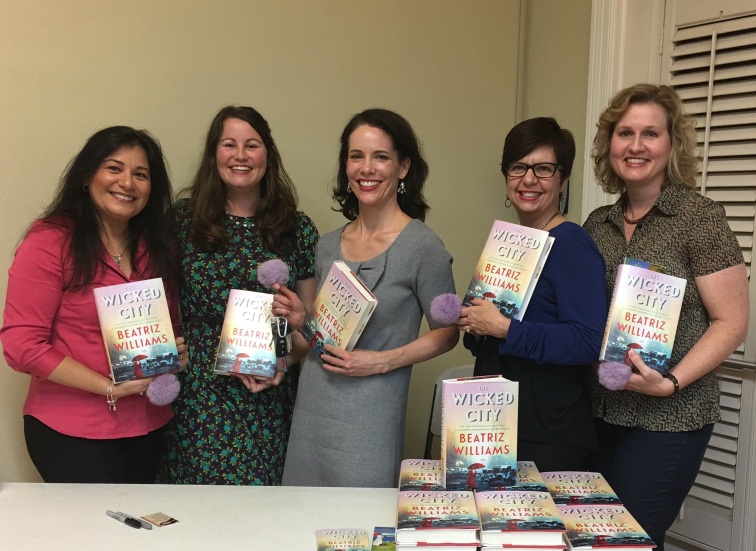 A graduate of Stanford University with an MBA from Columbia, Beatriz spent several years in New York and London hiding her early attempts at fiction, first on company laptops as a corporate and communications strategy consultant, and then as an at-home producer of small persons. She now lives with her husband and four children near the Connecticut shore, where she divides her time between writing and laundry.

I hope you sign up for my newsletters to receive updates at the top right corner of this post at Never Miss a Post!   If it says You are following this blog, then you are good to go!

*Please note that some cover images and text links connect to a Lorelei’s Lit Lair affiliate portal. Thank you so much for your support. It’s greatly appreciated!

This site uses Akismet to reduce spam. Learn how your comment data is processed.